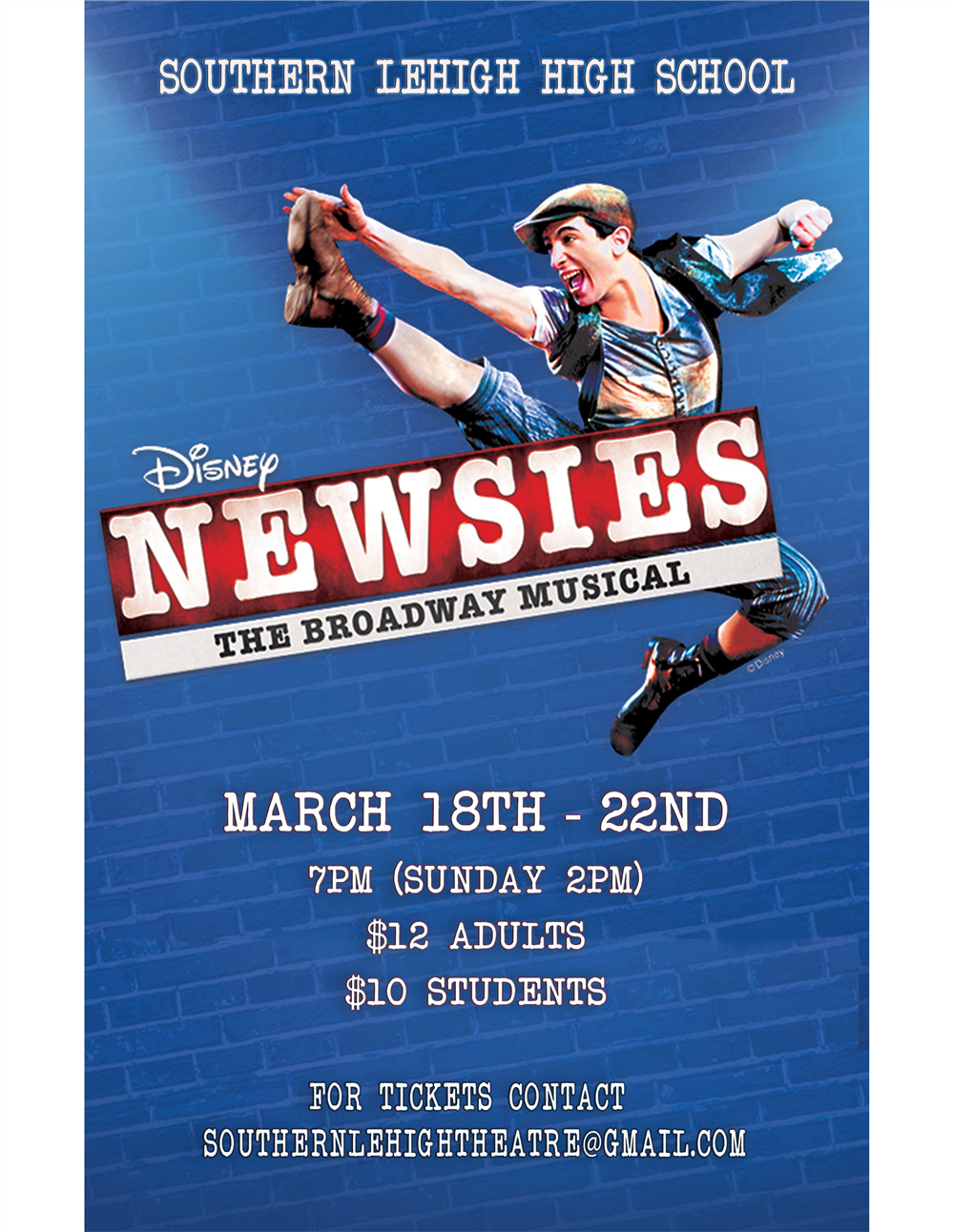 Based on the classic 1980s movie, Southern Lehigh High School’s theatre program will present Disney’s NEWSIES this March.  A high energy musical filled with fantastic dancing and music, the show is historical fiction based upon the New York City newspaper boys’ strike of 1899.  The show features a cast of 37 with a student orchestra of 25 performing such classics as “Seize the Day”; “The World Will Know”; and “Santa Fe.”

This show promises to be a sellout and we are encouraging ticket orders now.  Tickets can be ordered by e-mailing or using the form below.  The production will run from Wednesday, March 18 through Sunday, March 22.  Shows are 7pm except on the 22nd which is a matinee at 2pm.  There is a run time of approximately 2 hours not including intermission.  The show is family friendly and a delight for all ages.  On Broadway in 2012, the show was nominated for 8 Tony Awards including Best Musical and won for both Best Original Score and Best Choreography.

You can add a copyright statement or legal disclaimer in this area if necessary
Copyright © 2002-2020 Blackboard, Inc. All rights reserved.