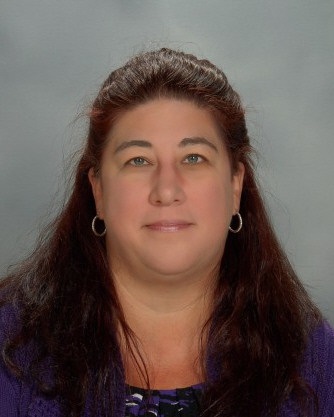 Andria is the Director of Special Education and Students Services for the Southern Lehigh School District and is in her fifteenth year in public education. She holds an undergraduate degree in History from Ursinus College. During her senior year, Mrs. Buchman received a scholarship to attend a prestigious half semester internship program at American University in Washington, D.C. where her passion for supporting students began. After graduation, she worked in various agencies that support children and adults with disabilities while pursuing her Master’s Degree in Special Education at Lehigh University. While attending Lehigh University, Mrs. Buchman contributed to and conducted research that has been published in special education journals. Post receiving her Masters Degree, Mrs. Buchman has been a special education teacher, an intervention specialist, a special education supervisor, and the Director of Special Education in the Easton Area School District. Currently, she is celebrating her sixth year in the district. More recently, Mrs. Buchman has completed her Superintendent’s Letter of Eligibility from California University of Pennsylvania.

Shane is the Director of Curriculum and Instruction for the Southern Lehigh School District. He holds an undergraduate degree from King’s College, where he majored in Computers and Information Systems. He then went on to earn a Certificate in Elementary Education through East Stroudsburg University’s post-graduate studies. Mr. Cross also graduated with a Master’s Degree in Educational Leadership at Arcadia University where he earned his Pennsylvania Principal’s Certification. Currently in his fourteenth year in education, Mr. Cross has worked with students from Kindergarten through Grade 12 in public schools throughout southeastern Pennsylvania. Over the course of his career, he has served as a classroom teacher, computer teacher, technology integration specialist, and central office administrator. 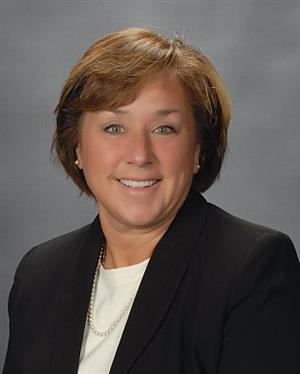 Mrs. Guarriello is very proud to be the principal of Southern Lehigh High School.  Mrs. Guarriello is a graduate of Penn State University with a Bachelor of Science degree in secondary education teaching chemistry and biology. She has two Masters degrees from Wilkes University in Curriculum and Instruction and Educational Leadership.  Prior to returning to Southern Lehigh as high school principal, she was the principal of Saucon Valley High school after being an Assistant Principal at Southern Lehigh High School for three years. Mrs. Guarriello taught biology and chemistry and served as an Assistant Principal for Curriculum and Instruction at Liberty High school with the Bethlehem Area School District.  As a teacher, Mrs. Guarriello was awarded the Massachusetts Institute of Technology Inspirational Teaching Award and the American Chemical Society Outstanding Teacher Award in addition to Anthony Ruggerio Outstanding High School Teacher of the Year Award for the Bethlehem Area School District. As an administrator, she and her teams twice won the IU 20 Excellence in Education Award.

Mr. Kinslow is one of the Assistant Principals at Southern Lehigh High School and is responsible for students with the last name A-L. Prior to this role, Mr. Kinslow served as Assistant Principal at Francis D. Raub Middle School in the Allentown School District. Previously, Mr. Kinslow was a Social Studies Teacher in Virginia with Prince William County Public Schools where he took an active role in the school community as a lacrosse coach, NHS advisor, and Mini-THON sponsor. Chad earned a B.A. in History and M.A.T. in Social Studies Education from the University of Pittsburgh. He also earned his Ed.S. and Principal Certification from Old Dominion University. 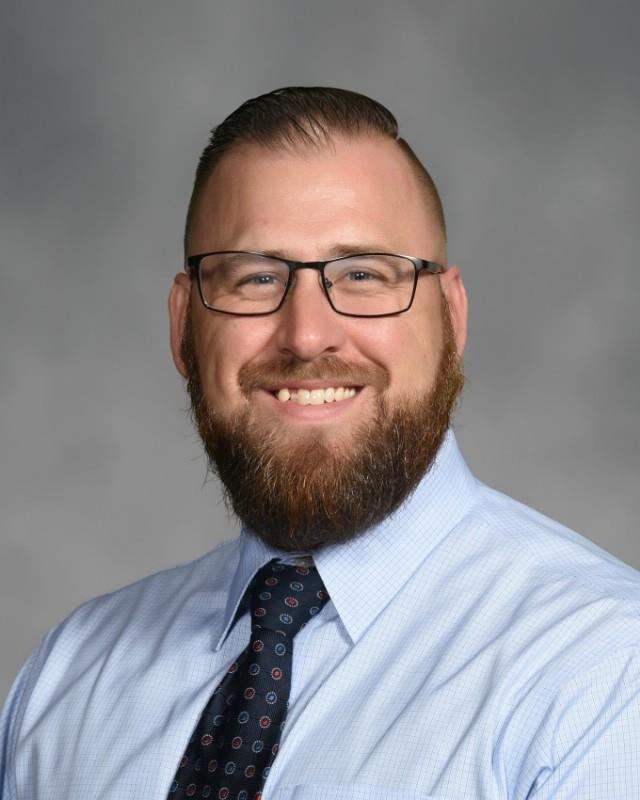 Dr. Donahue received his Bachelor of Arts degree from St. Charles College in Philadelphia followed by graduate studies at Lehigh University, in Bethlehem, PA. He was 22 years a high-school classroom teacher, most of which was in the Allentown area. In 2001, he accepted a position as a Professor of Education at Cedar Crest College, thereby leaving the Allentown School District. In 2003, he became the Chair of the Education Department of Cedar Crest College. In 2004, having achieved the intended goal of establishing a Master’s of Education program at Cedar Crest College, Dr. Donahue left Cedar Crest and returned to Public Education. In April 2004, he became Assistant Principal of Southern Lehigh High School, a position he retained until 2007. In 2007, Dr. Donahue became Principal of Southern Lehigh Middle School. 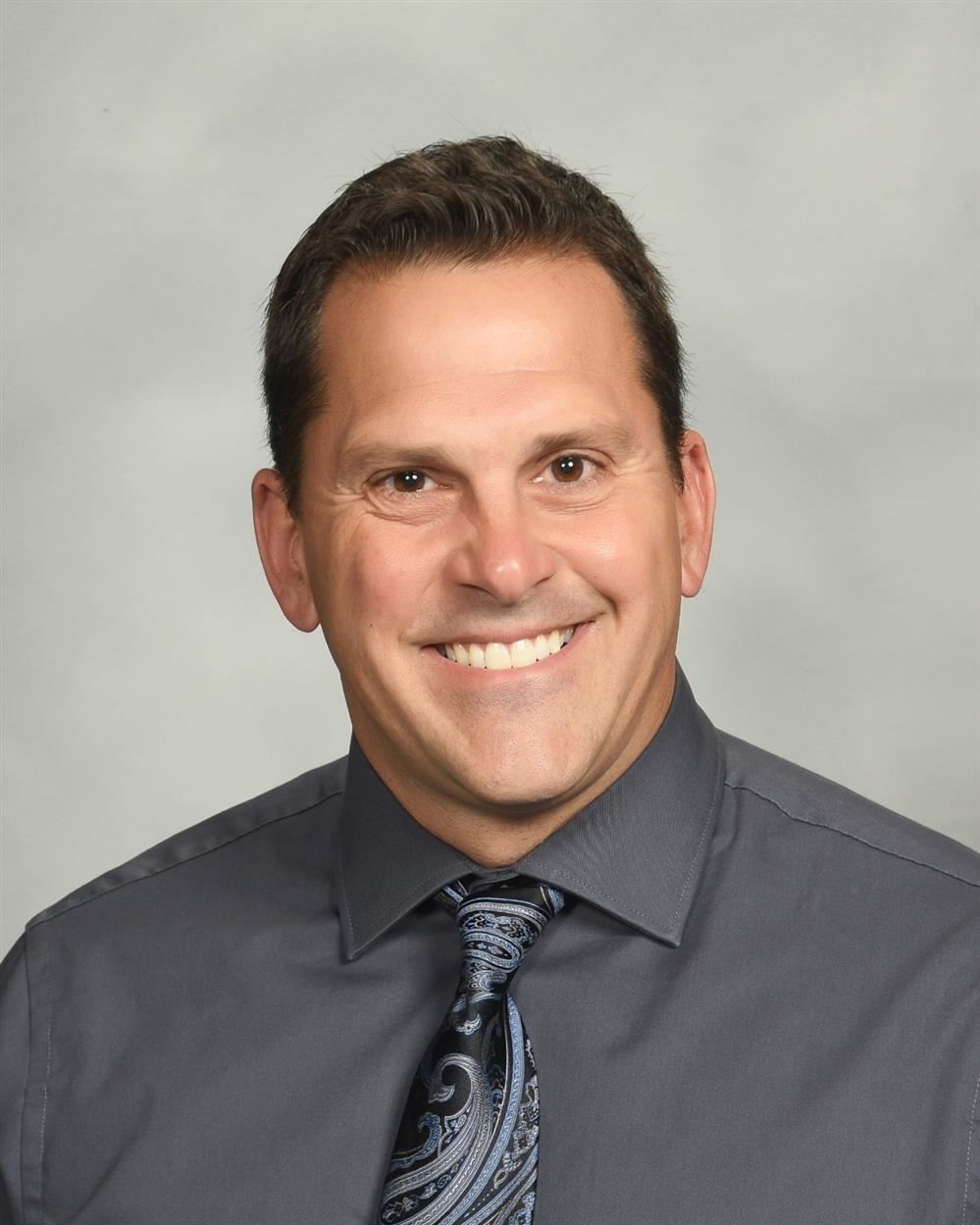 Jack is the Assistant Principal of the Southern Lehigh Middle School. His educational experiences consist of a Bachelors degree from Kutztown University in the area of Secondary Mathematics, a Masters degree from DeSales University focusing on “Technology for Educators”, and an administrative certification from the California University of Pennsylvania. Jack has 18 years teaching experience in secondary education consisting of all secondary levels including alternative education through gifted courses in mathematics concentrating in grades 9-12. Additionally, he has had the honor of working with teachers in the capacity of a PLC facilitator focusing on best teaching practices and data analysis. His administrative career started at Louis E. Dieruff High School where he performed the duties of Dean of Students over a three-year period. Furthermore, he was previously a Cross-Country and Soccer coach over a ten-year period allowing him the opportunity to work with the school, students, and community in a distinctive capacity.

Sean is the Principal of Joseph P. Liberati Intermediate School. Prior to being named as the Principal, he severed as the building’s Assistant Principal since the opening of the Intermediate School in 2009. Before joining Southern Lehigh School District, Sean worked as a Chemistry and Physical Science teacher at Bucks County Technical High School, and in The School District of Lancaster. Sean’s undergraduate work was as a dual major at Albright College where he earned his first degree in Chemistry and Education. His first graduate work was done at the University of Pennsylvania where he earned a masters degree in Chemistry Education. Sean then attended Wilkes University earning a Masters in Education and K-12 Principal’s Certificate.

Mrs. Deanna Webb is the Assistant Principal of Joseph P. Liberati Intermediate School. Before joining Southern Lehigh School District, Deanna was an Emotional Support teacher at Freedom High School, a Special Education teacher at Easton Area Academy, and a middle school Emotional Support teacher for Colonial Intermediate Unit 20. She also served as a Trainer and Facilitator for the International Institute of Restorative Practices, traveling to schools all over the country to train staff in Restorative Practices for the past ten years. Mrs. Webb’s undergraduate work was at West Chester University in the Honors Program where she earned her Bachelor’s Degree in Special Education. She then attended the International Institute for Restorative Practices, where she earned a Masters of Science in Restorative Practices in Education, followed by attending Moravian University where she earned her K-12 Principal’s Certificate. Mrs. Webb is currently attending East Stroudsburg University in the Doctorate of Educational Leadership and Administration Program.

Dr. Lynn Chromiak is the Principal of Hopewell Elementary School.  She was previously the Assistant Principal at Joseph P. Liberati Intermediate School.  Prior to joining Southern Lehigh School District, Lynn worked in the Nazareth Area School District as a special education teacher, fourth-grade teacher, reading specialist, and interim assistant principal.  Lynn's undergraduate work was a dual major in elementary and special education at East Stroudsburg University.  She continued her work at East Stroudsburg University earning her Masters in Reading and Reading Specialist certification.  Lynn then attended Delaware Valley University earning her K-12 Principal's Certificate.  She completed her education at Delaware University with her Doctorate in Education Leadership.  Lynn looks forward to working with the wonderful students at Hopewell and believes every day is a new adventure!

Brian Mansfield is the principal at Liberty Bell Elementary School.  Brian earned his B.A. in English and an elementary K-6 certification from Moravian College.  He spent the majority of his career in the Easton Area School District as a 3rd grade teacher.  After obtaining his Master's Degree in Administrative Leadership from the California University of PA, Brian served as interim assistant principal at Easton Area Middle School and interim principal at Paxinosa Elementary.  Most recently, Brian served as an assistant principal in the Allentown School District before being selected as principal at St. John Vianney Regional School.  Brian is extremely honored and excited to lead the great team at Liberty Bell! 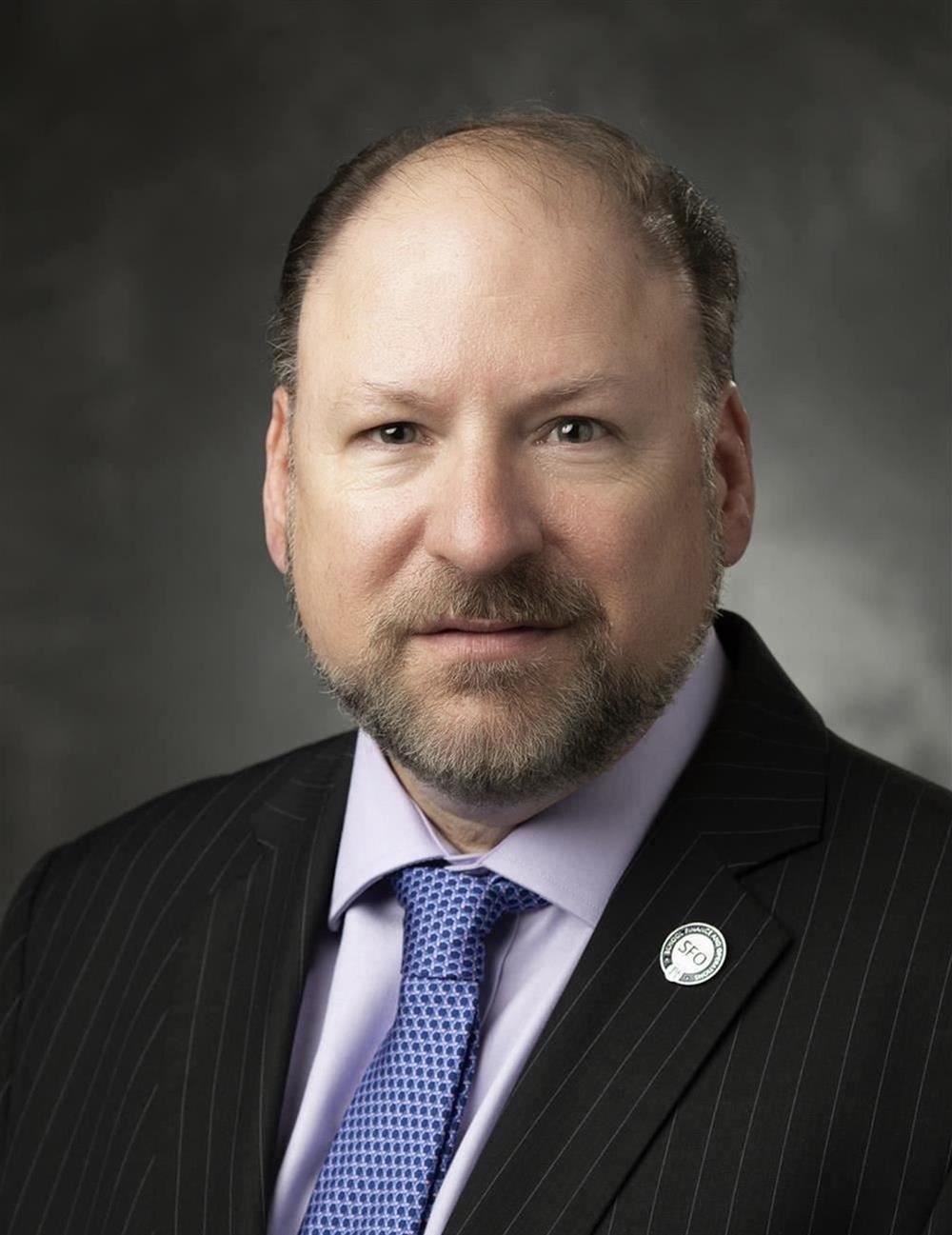 Lou is the Director of Business for the Southern Lehigh School District. He brings over twenty years of administrative experience in the field of education and has more than thirty years of professional experience in management, operations, and administration.  He holds a Bachelor of Arts degree in International Business and Business Administration from Ramapo College of NJ and earned his MBA at William Paterson University of New Jersey with a concentration in finance.  He comes to us from Summit NJ where he has served as Assistant Superintendent/CFO since 2008. He has served as Past President for the State of New Jersey Association of Business Officials (NJASBO), been recognized by ASBO International as an Eagle Award Recipient in 2015, and earned the Pinnacle Award for innovative ideas in school business in 2007.  Lou is also a Rowman & Littlefield author having published a series of books on leadership. 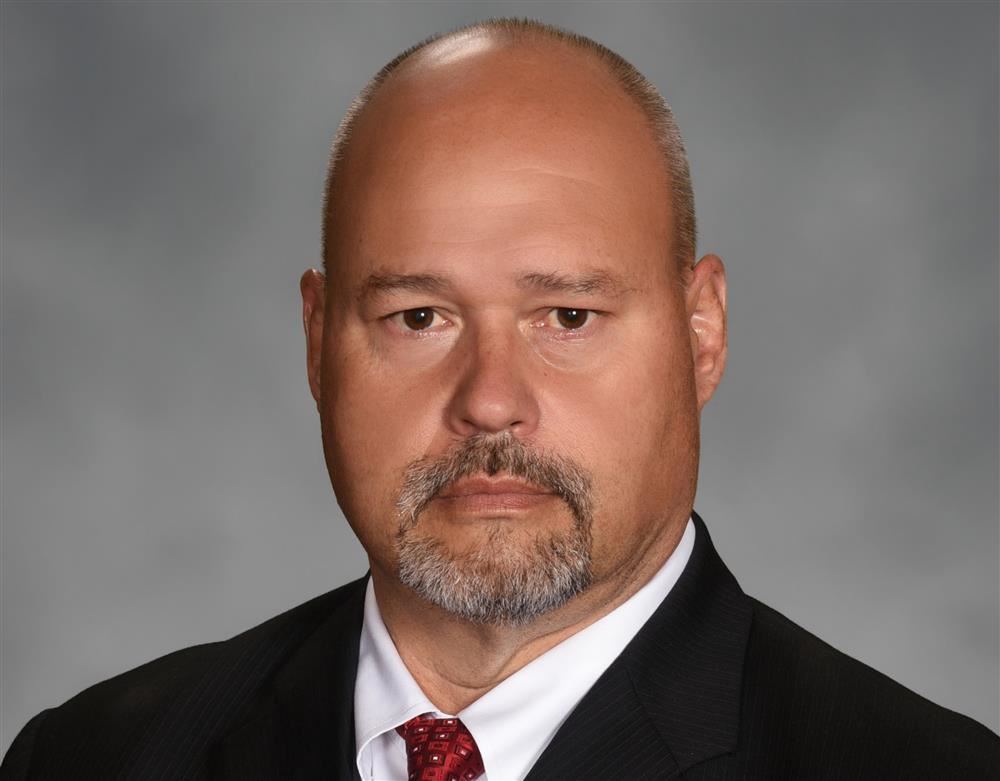 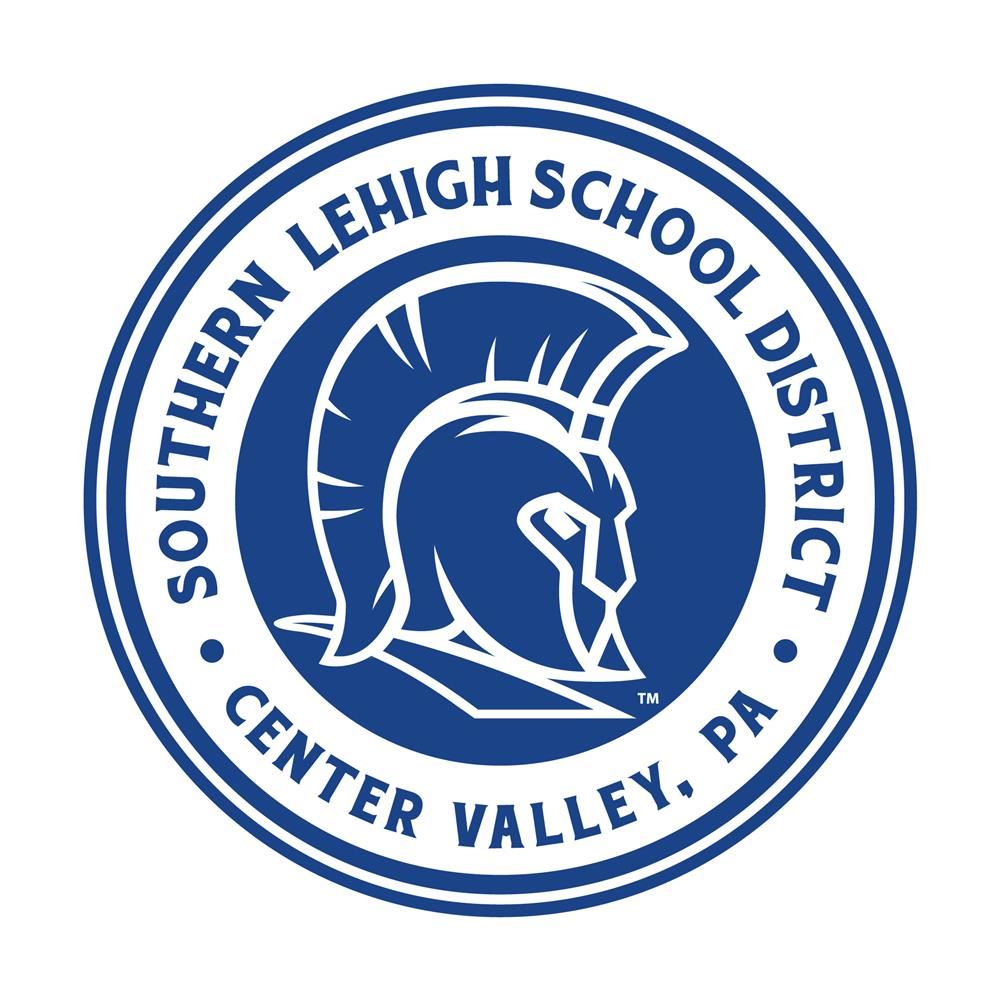 Susan is the Coordinator of Support Services for Southern Lehigh School District.  She holds a Bachelor of Science degree from Kutztown University, where she majored in Early Childhood/Elementary Education.  Mrs. Knoll also has an Information Systems Certificate from Cedar Crest College.  She began her career at Southern Lehigh in November of 2004 in the Support Services Department, being a part of transportation, custodial services, and various construction projects.

Marc is the Director of Athletics for the Southern Lehigh School District.  Prior to joining Southern Lehigh, Marc served as the Assistant Athletic Director in the East Penn School District for 2 years.  He spent the first 12 years of his professional career as an elementary and middle school teacher in the Bethlehem Area School District at William Penn Elementary School, Governor Wolf Elementary School, and Broughal Middle School.  During that time, Marc served as the Head Track and Field Coach at Freedom High School for 2 years.  Overall, he has coached football and track and field at the high school level for 16 years at several schools throughout the Lehigh Valley including Freedom High School, Bethlehem Catholic High School, and Emmaus High School.  He was fortunate to be a part of several East Penn Conference and District XI Championships.  Marc received his Master’s Degree in Educational Leadership along with his Principal’s Certification from Wilkes University in 2014.  He received his Bachelor’s Degree in Psychology and Elementary Education from Moravian College in 2003 where he also played college football. 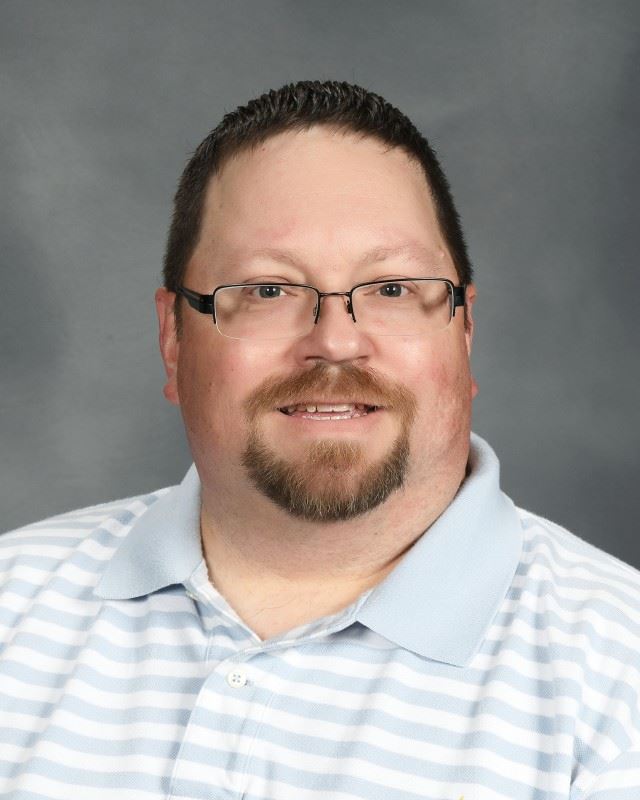 Greg is the Coordinator of Food Services for the Southern Lehigh School District. He has over 30 years of experience within the Food Service Industry. Prior to becoming a member of the SLSD family in 2011 he spent 13 years at Walt Disney World, working multiple positions within the Culinary Department with his final position being Sous Chef at ESPN Zone; 7 years with Sodexo as an Executive Chef, Operations Manager, and General Manager, 4 of those years were spent at Bethlehem Area School District as the Executive Chef and Operations Manager of Dining Services; 2 years at Blue Mountain School District as Director of Support Services, concurrently directing the Food Services, Transportation, and Child Accounting departments.

Shannon is the Accountant for Southern Lehigh School District. She holds an Associate Degree in Business Management. She brings over 15 years of experience working in the accounting field along with her passion for working with numbers and analyzing data. Early on in her career, she started out as a bookkeeper for a local firm. Prior to joining SLSD in 2018, Shannon worked for a non-profit organization as an A/P Audit Specialist and Integration Analyst.

Deneen is the Coordinator of Benefits and Payroll for Southern Lehigh School District. She brings over 20 years administrative, payroll and benefits experience. She received her FPC certification in payroll. Deneen works closely with employees to administer the benefits programs, FMLA, PSERS, and long term disability. She also implemented and manages the Time Clock Plus time entry system for payroll processing.

Coordinator of Data and Reporting (PIMS)